Wednesday was fun! I gathered up The Butterfly People and my friend Mecca and traveled to Union Square park. Union Square features an open air market selling fresh foods like fruits and vegetables, baked goods, and fresh cut flowers and plants. Theres also the area where local artists set up booths and tables and sell their work. I decided it was time to get in on the action so I read up about the laws governing selling art in NYC, applies for my sales tax ID card and thats how I ended up on the street on Wednesday. Its awesome, lots of people were interested in what I do and asked about the product. Fellow artists gave me some tips about how to deal with the police and everyone was really surprisingly friendly and not territorial. We actually sold a couple of pieces and I was thrilled! My art being sold in NYC *gush*. Now in retrospect I need a better display, and want to bring my smaller items with me as they are easy to just take with you and much less expensive then the big fairies. This is the beginning of something new and fulfilling. I feel right being there, I like the energy of Union Square although id also like to try maybe Soho and the Met. This is my calling, just gotta make some kick ass stuff and get it out there. I cant wait to do this again. A jewleler named April asked what days I sell there and how long I had been doing it, I plan to sell on Mon, Wed, and Thurs Saturday is the best day, but I gotta check things out.
YAY 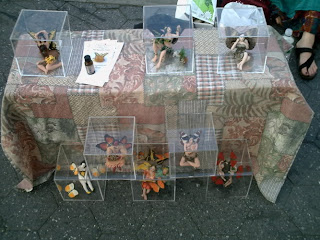 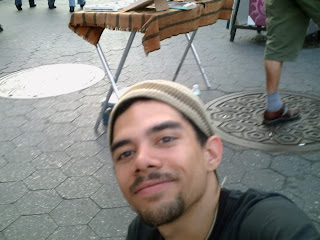 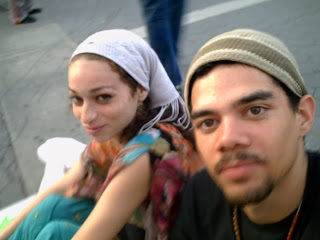 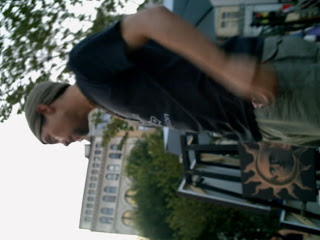 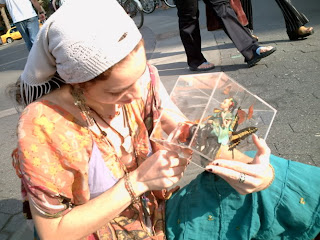 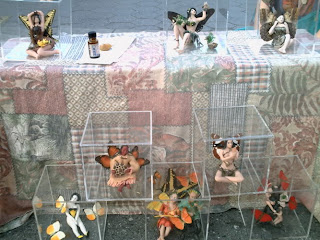 Meccas personality really helped with sales and attracting people, the entire day was awesome.
Posted by Pedro Ramirez at 2:55 PM No comments: